From 4 to 7 January 1962, at the invitation of King Mohammed V, a meeting was convened in Casablanca, gathering representatives of a number of African countries, to discuss the political, economic and social conditions of Africa that had begun to emerge from colonialism. 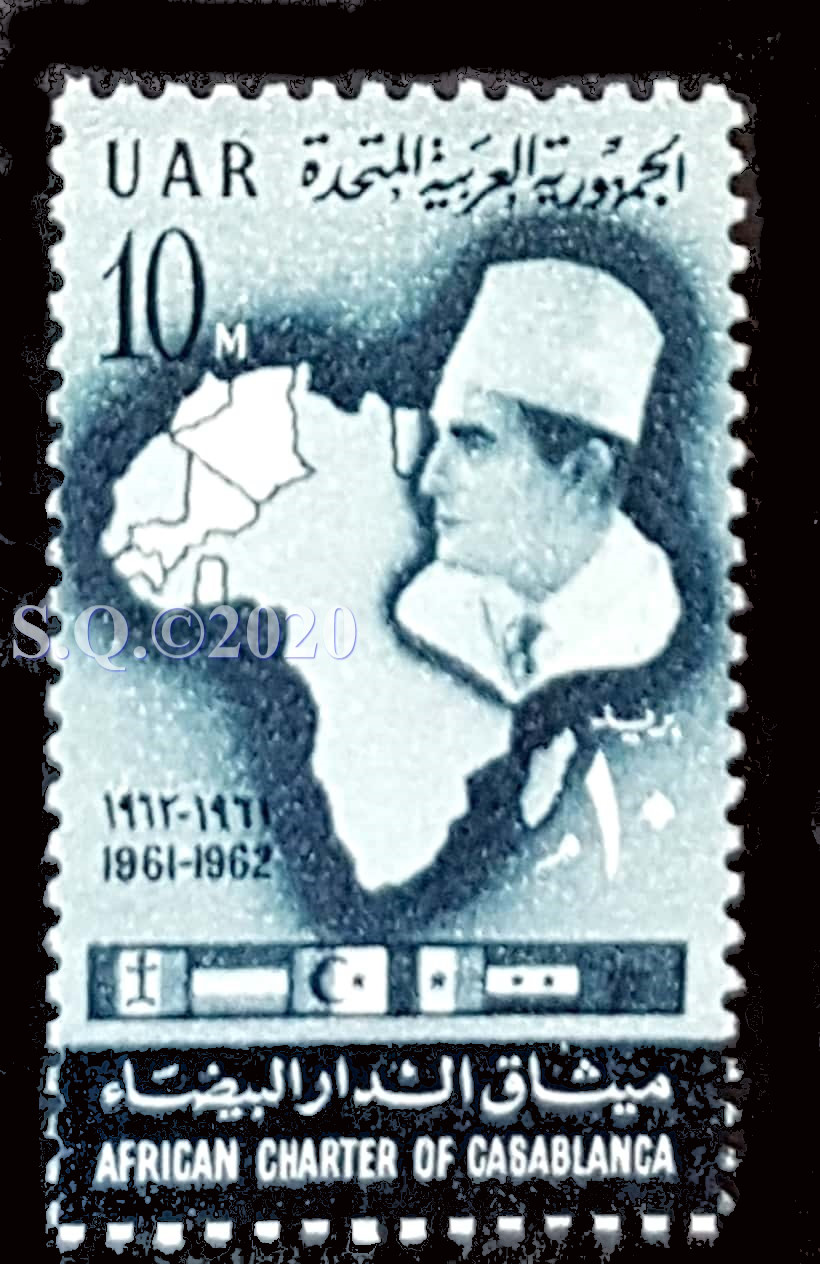 This meeting resulted in the adoption of the Casablanca Charter, as a framework for joint action to achieve the African goals of building national systems that are free from colonial domination and able to fight illiteracy and poverty and achieve economic development for the benefit of African peoples. The document called for the adoption of a non-aligned policy. The Casablanca charter is considered one of the first signs for a joint African action before the creation of the Organization of African Unity.
On the occasion of the first anniversary of the conference and the Charter of Casablanca, the United Arab Republic issued a memorial stamp of 10 milliliters in 1962.

The independence of Algeria: UAR 1962

The independence of Algeria: UAR 1962