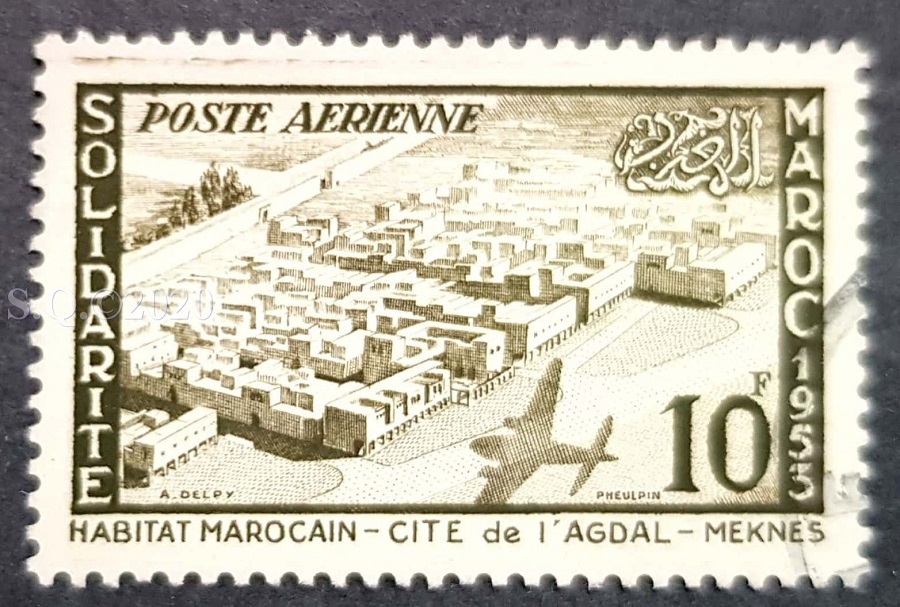 The Yakoub El Mansour district, is a popular district of Rabat and one of the five districts known in the 1950s. The situation of this district at the beginning of the 1950s is described in the article “The indigenous suburb of Rabat” in a issue of the newspaper “Les Cahiers d’Outre-Mer “from 1950. 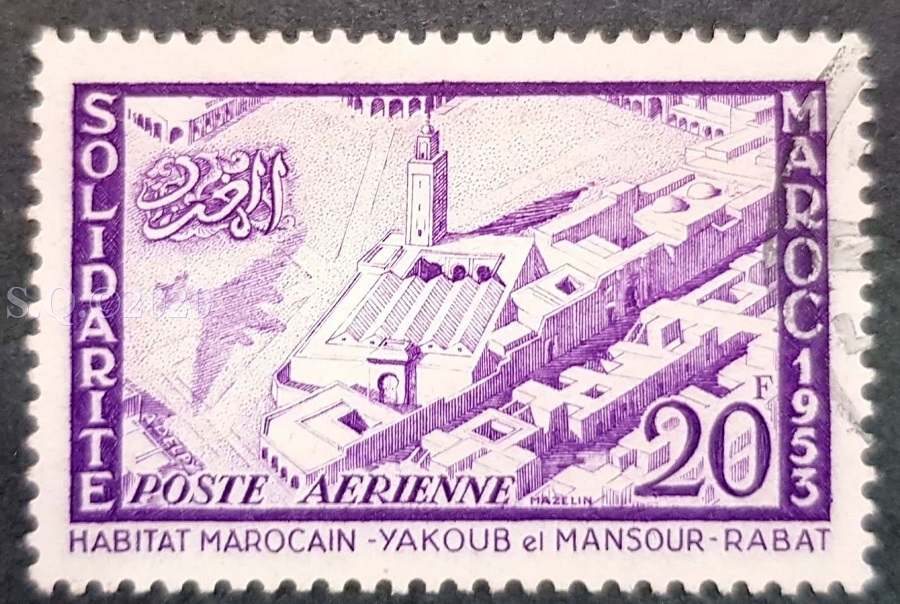 The Ain choc district in Casablanca

The stamp below shows an aerial view of the Ain chock district in the city of Casablanca. The aerial photo shows the Great Mosque of Ain choc built from 1945 to 1946. The engineer (Edmond Brion) designed and completed the Great Mosque which was considered at the time to be the largest mosque in Morocco. It is a religious and administrative complex which includes, in addition to the mosque, a Koranic school, offices for the Adouls (Notaries of Muslim law), the residence of an imam and some gardens inside and in the exterior of the mosque. 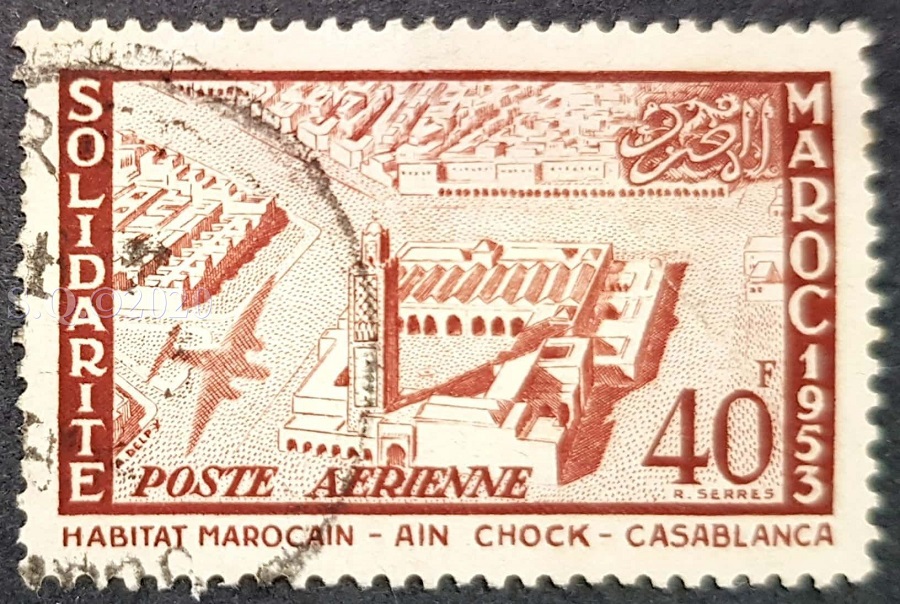 The harbour, at what is now Mohammédia, was originally named Fédala (فضالة). The name of the city changed in 1960 in honour of the king Mohammd V. 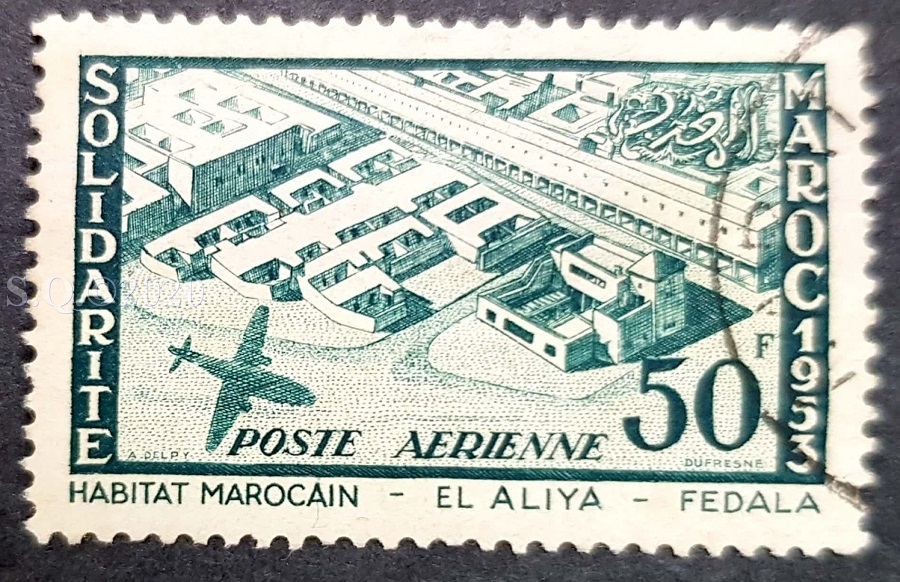 Those stamps were issued in profit of Franco-Moroccan solidarity works.