The state of Kuwait issued a serie of four stamps to draw attention to the situation of the palestinian refugees during the international of Human Rights year.

To raise awareness about the state of Human Rights in the worls, the UNESCO decalared 1968 as the international year for Human Rights .

The State of Kuwait has issued a series of four stamps under the theme “Palestinian Refugee Rights”, to draw attention to the situation of these refugees during the International Year of Human Rights.

The United Nations voted a resolution in 1949 calling for their return to their homes, but Israel has always refused to implement it. These refugees mainly live in the Palestinian territories occupied in 1967, and in the countries of the Middle East, but mainly in Jordan, Syria and Lebanon. 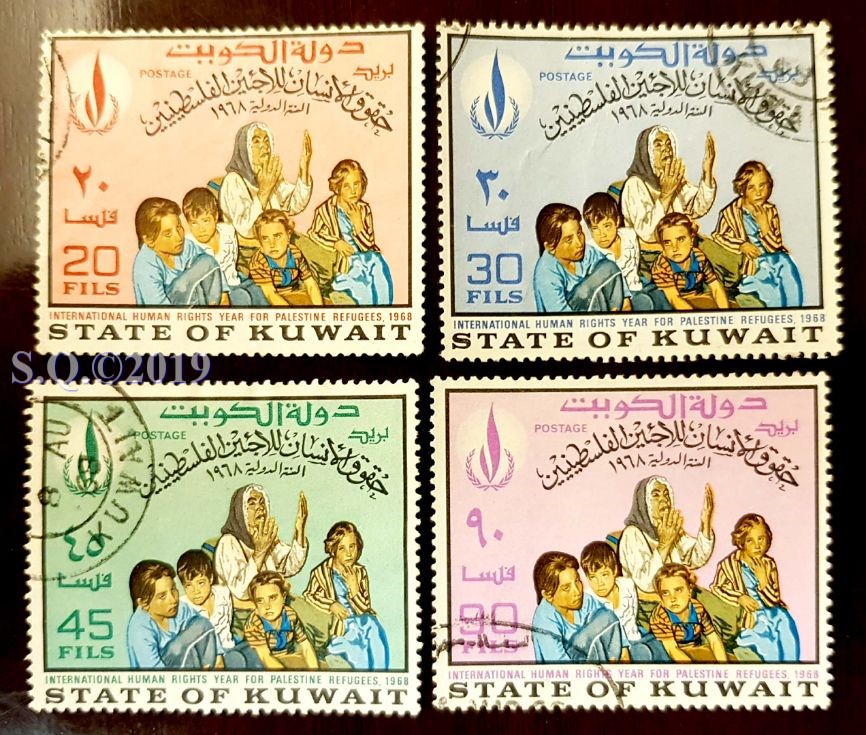 The stamps are features the picture of a family of refugees and the emblem of the HUman Rights year.

Declaration of Palestinian state in Algeria 1988

Declaration of Palestinian state in Algeria 1988

Indian stamps in Kuwait – 1923
Stamps of Palestine
Stamps of Morocoo