The use of the stamps of Great Britain in Morocco started in 1857. Over a century, these stamps received various overprints and facial values. 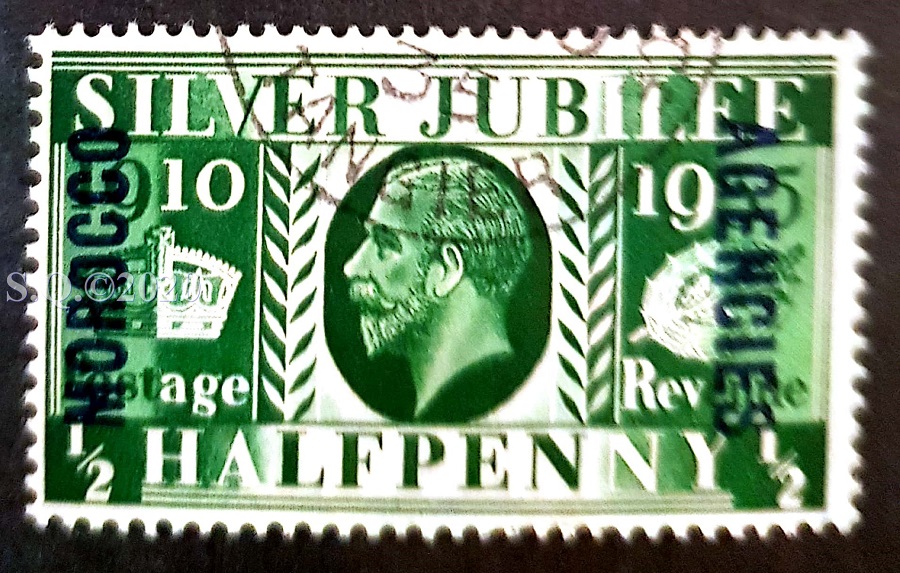 The first post office was opened in Tangiers in 1857 followed by other offices in Moroccan seaport cities like Tetuan in 1880s. Offices were opened in Fez in 1892 and in Meknes in 1907. 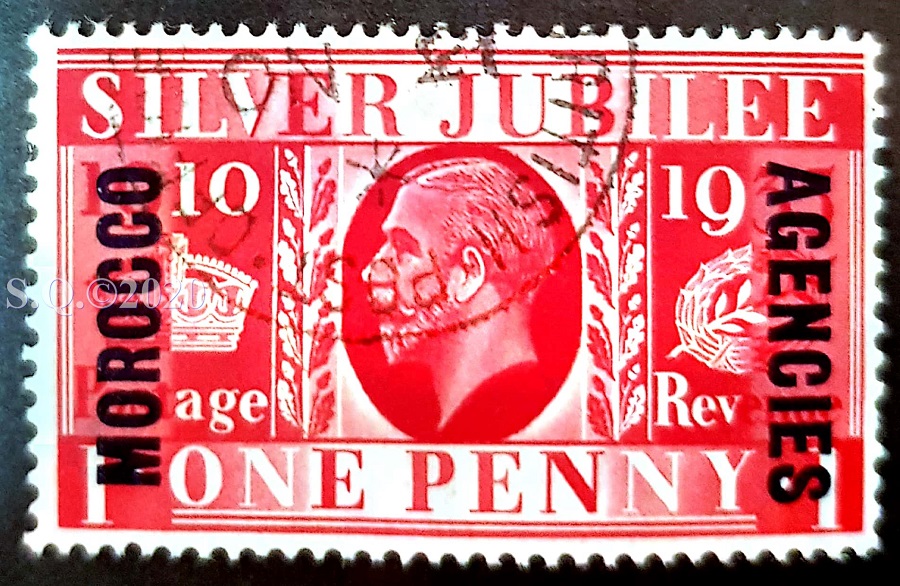 In 1898, the British stamps used in Morocco started being overprinted with the mention “Morocco Agencies”. The use of this overprint continued until 1936 when the  British post offices started using unoverprinted stamps. 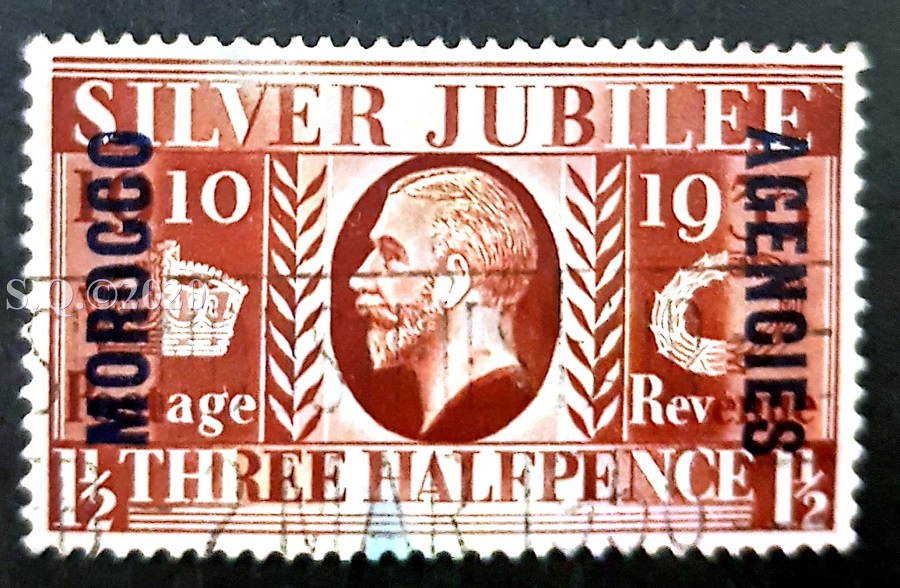 Stamps with value in Spanish currency:

The stamps were used with the british currency in all British post offices to pay for pacel shipping or airmail. The stamps sold to people were overprinted with the value in spanish currency “Pesetas” and “Centimos” in all offices until the establishment of the French zone in 1912.

Stamps with value in French currency:

After the establishement of the French zone, the post offices in this zone used the stamps overprinted with the value in French currency: “CENTIMES”. The stamps with the spanish currency were restricted to the offices in the Spanish zone in the north of Morocco.

The British offices in the French zone were closed in 1937 and 1938. In 1949 the only remaining British post office in Morocco except from Tangier was in Tetuan. This office resumed using stamps with the overprint “Morocco Agencies”. In Tangier, the stamps were overprinted only “TANGIER” without a value overprint. 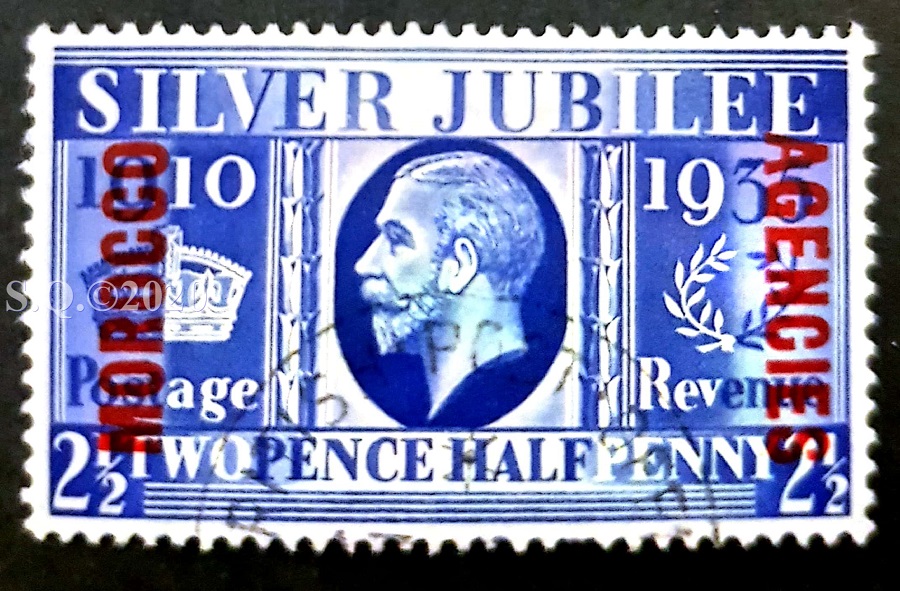 The stamps presented here are the British stamps issued for the 25th anniversary of the reign of the King George V issued with the overprint “Morocco Agencies”.

These stamps were also issued with new values in spanish and french currencies for use in different zones of occupied Morocco.

The Same stamps issued with value overprint in Spanish currency.

Stamps of the catastrophic Floods of 1963 in Morocco