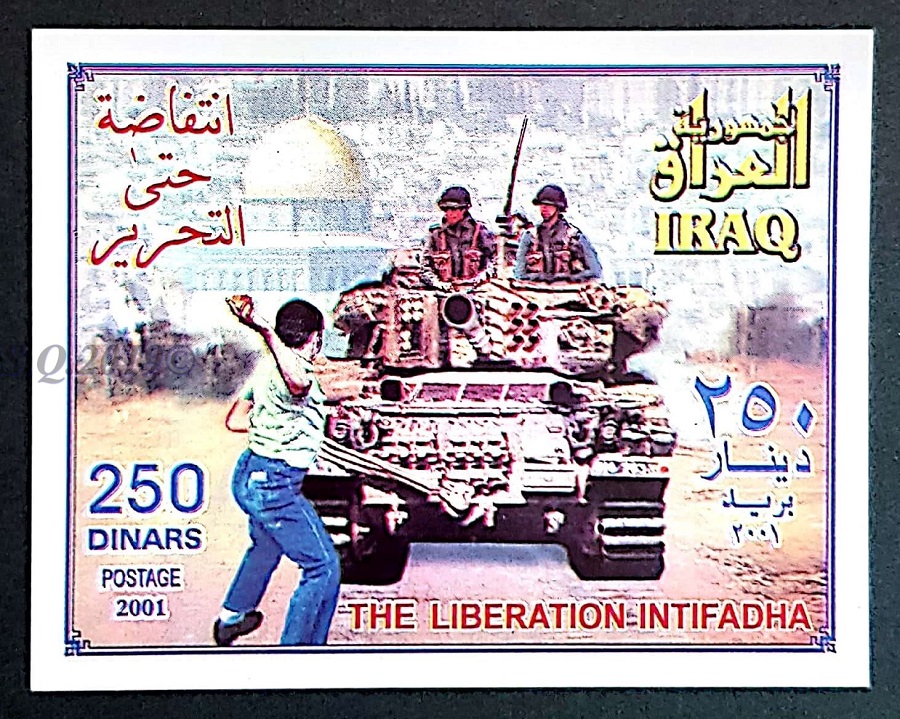 The second Palestinian intifada erupted in 2000, after Ariel Sharon stormed the Al-Aqsa Mosque and continued until 2005, interspersed with numerous confrontations between Palestinian citizens and the Israeli occupation forces.

The Republic of Iraq issued a postal sheet entitled “Intifada until liberation” that commemorates the image of the martyr Faris Odeh (1985-2000), who intercepted a convoy of Israeli tanks with stones.