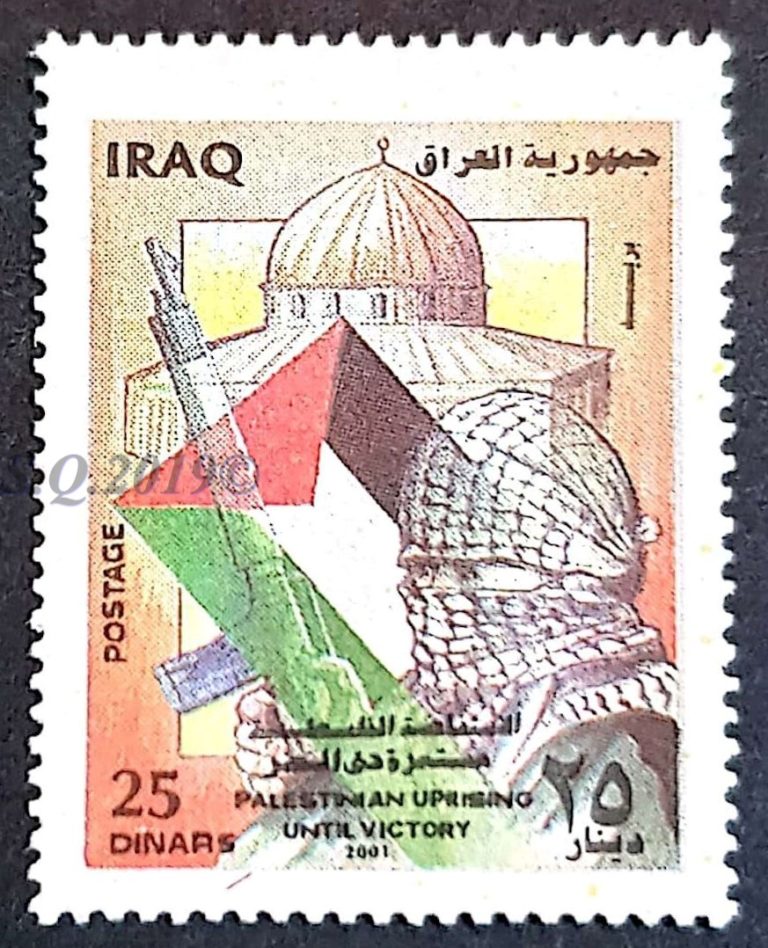 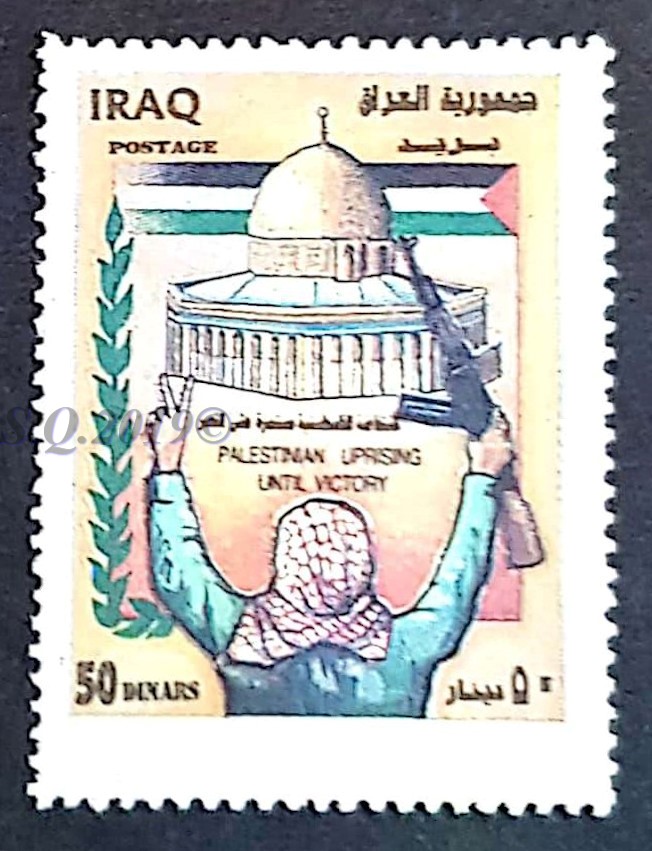 The second Palestinian Intifada erupted in 2000 after Ariel Sharon stormed the Al-Aqsa Mosque and continued until 2005, interspersed with numerous confrontations between Palestinian citizens and the Israeli occupation forces.

The Republic of Iraq issued a set of three postage stamps in support of the palestinian uprising.

Two stamps were vertical, depicting a guerrilla masked with the Palestinian keffiyeh, the flag of Palestine and the Dome of the Rock, with the phrase “the Palestinian uprising continues until victory at a value of 25 and 50 dinars. The third stamp is horizontal, valued at 25 dinars, and bears the image of President Saddam Hussein, the map of the region and a bridge in the colors of the Iraqi flag that extends from Iraq to Palestine and is written on it “Money” and food “and a third unreadable phrase on the black color. 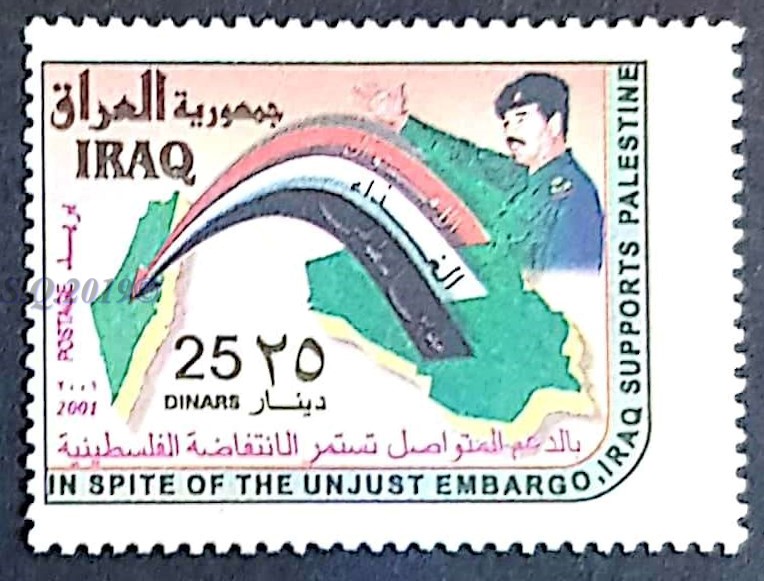 The Palestinian Intifada – Sudan 2001
Stamps of Palestine
Stamps of Morocoo