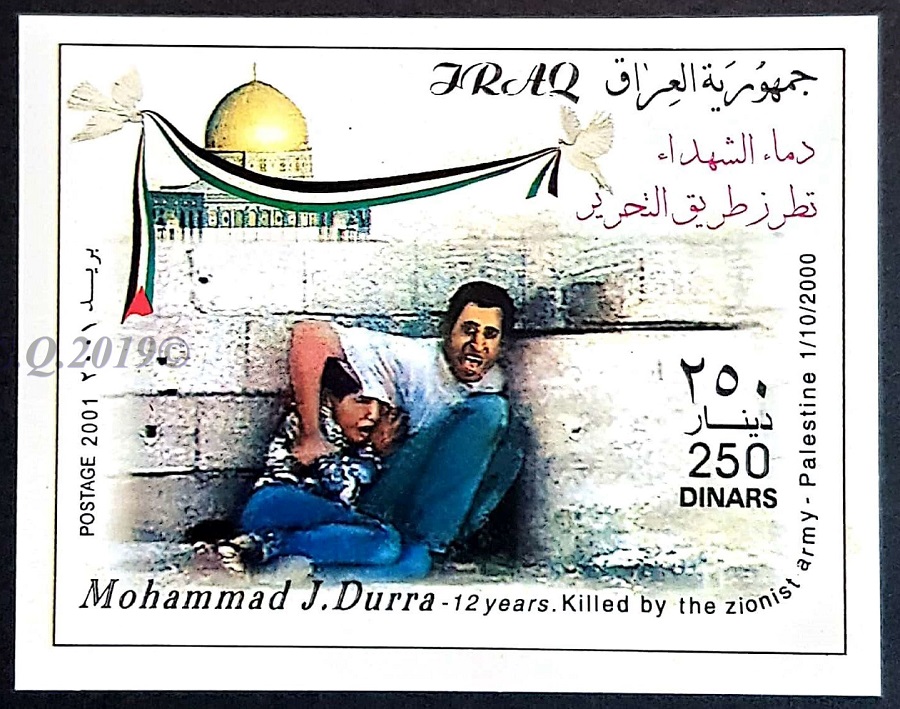 The second Palestinian Intifada broke out in 2000 after former Israeli Prime Minister Ariel Sharon stormed Al-Aqsa Mosque under the protection of the occupation army. It lasted until 2005 and was punctuated by many confrontations between Palestinian citizens and the Israeli occupation forces

The Republic of Iraq issued a postcard entitled “The blood of the martyrs embroiders the path of liberation” immortalizing the image of the martyred child Muhammad al-Durra (1988-2000) and his father, Jamal al-Durra, who were exposed to a barrage of bullets from the occupation soldiers in the Gaza Strip in front of the cameras of the French Channel Two at the beginning of the second intifada in September 2000 . Other countries have issued postage stamps in memory of the martyred child, Muhammad al-Durra.

During the second Palestinian Intifada, the Israeli army killed 4,412 Palestinians and wounded more than 48,000 civilians. The Palestinian Prisoners and Ex-Prisoners Affairs Commission also documented the arrest of approximately 126,000 Palestinians, including more than 18,000 children.

Egypt- Solidarity with the palestinian people