In 1963, the United Nations launched the International Campaign “Freedom from Hunger”, a campaign to  raise awareness about the world hunger problem. This campaign contributed in making the Food and Agriculture Organization of the United Nations “FAO” known .

A large number of countries in the world issued postage stamps to publicize the campaign, including Iraq, which in March 1963 issued a set of three postage stamps and a sheet. 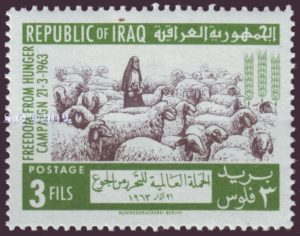 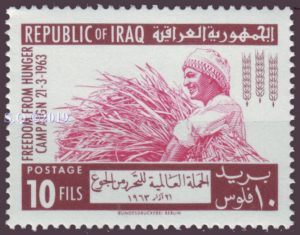 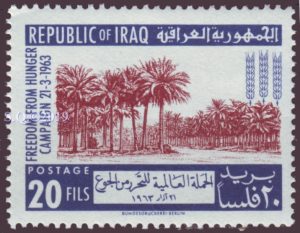